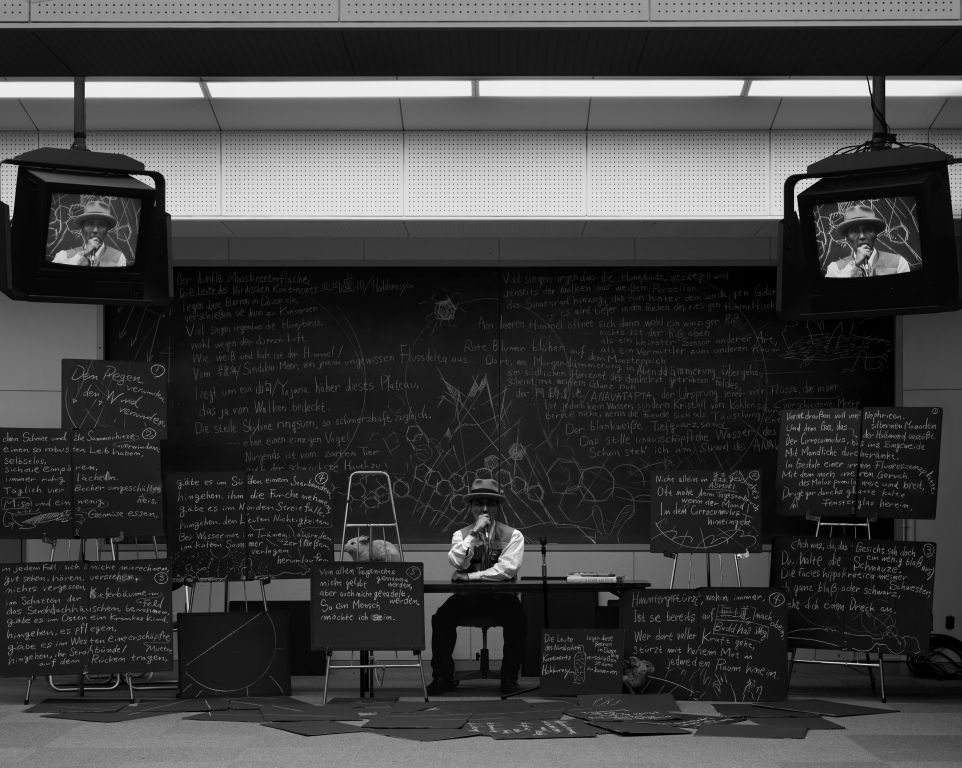 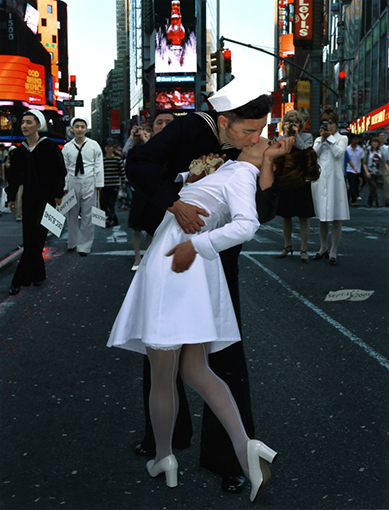 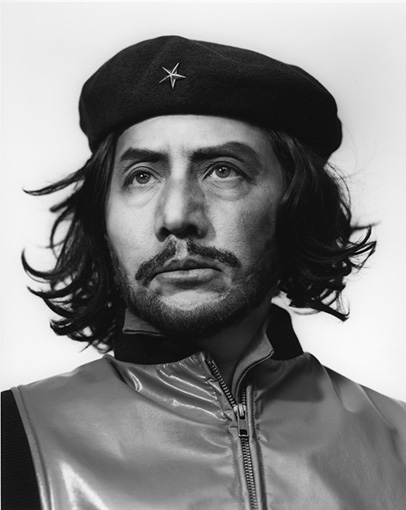 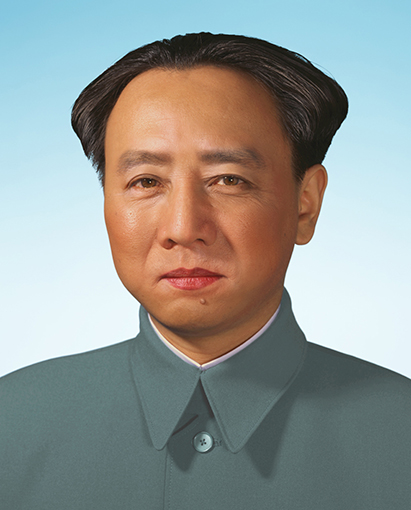 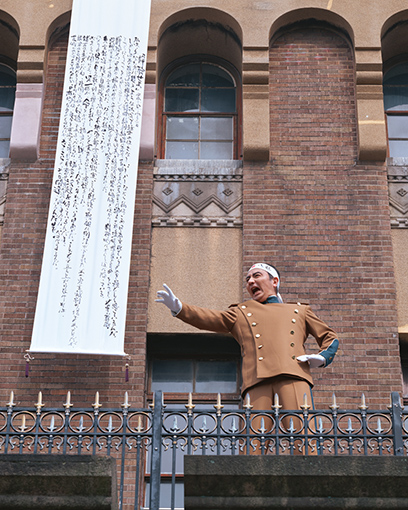 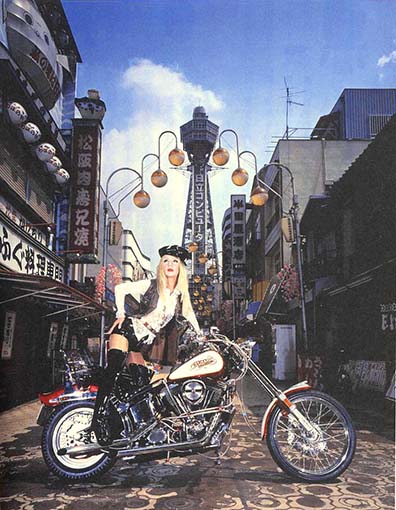 The present work is an example of Morimura Yasumasa’s Actress Series of photographs,  in which he takes portraits of himself in the guise of actresses from a bygone era.  Here,  Morimura has made himself up as Brigitte Bardot, a star of French cinema.  He is positioned astride a Harley Davidson in a commanding pose.  For the background he has chosen the Tsūtenkaku area of Osaka,  which merges the images of the mock Eiffel Tower and triumphal arches.  Viewers are amused by the oddity of the unlikely combination of Bardot and Osaka’s “New World” district.  The dramatic composition emphasizes the sense of perspective,  which enhances the sharp contrast between Bardot straddling the Harley-Davidson and the Tsūtenkaku area.  The viewer is forced to see “an image of France” and “an image of Osaka” as one and the same. 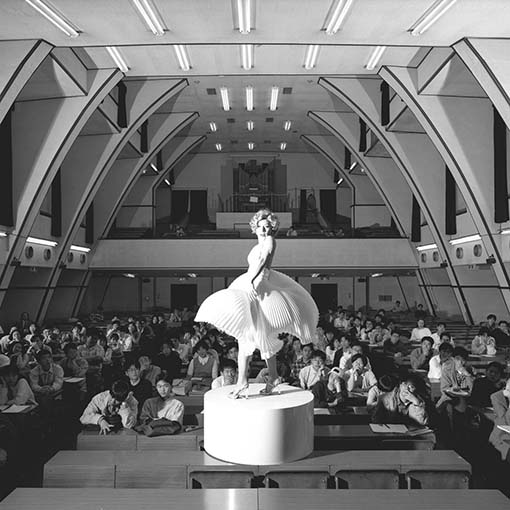 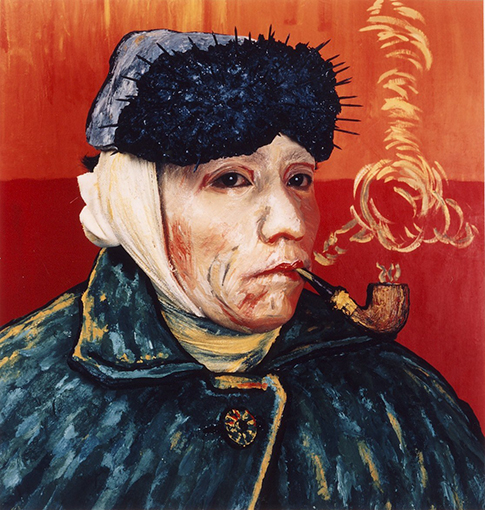 At first glance this looks like a photograph of one of Van Gogh’s oil painted self-portraits. However, the work’s trick is revealed once the viewer notices the realistic effect of the eyes. Morimura has disguised himself as Van Gogh based on the painter’s well-known self-portraits. To approximate the paintings, Morimura has recreated the clothing and the background, and made up his face with greasepaint. Yasumasa Morimura is known for his photographic self-portraits, in which he recreates the appearance of 20th century historical personages, including famous figures and movie actresses. These works have received high international acclaim as expressions of contemporary self-portraiture, as they transcend time period, gender, and race. As the first of Morimura’s self-portraits, Portrait (Van Gogh) is a very important work. 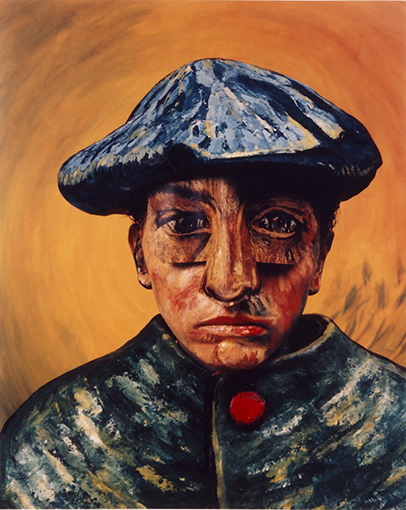