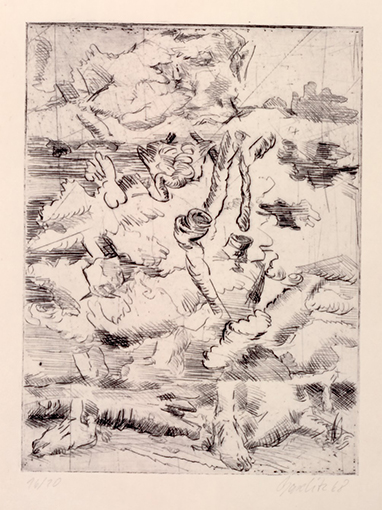 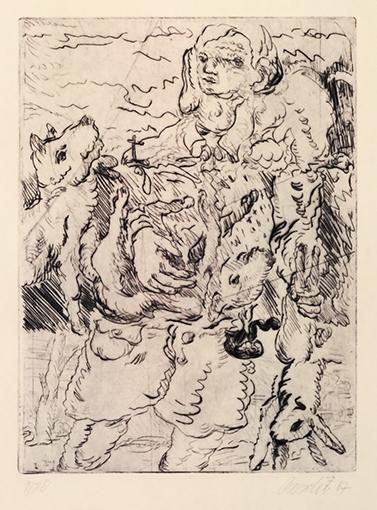 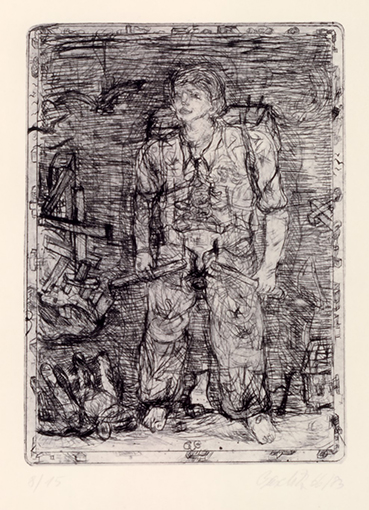 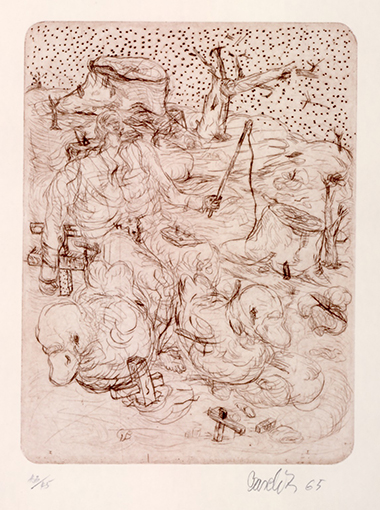 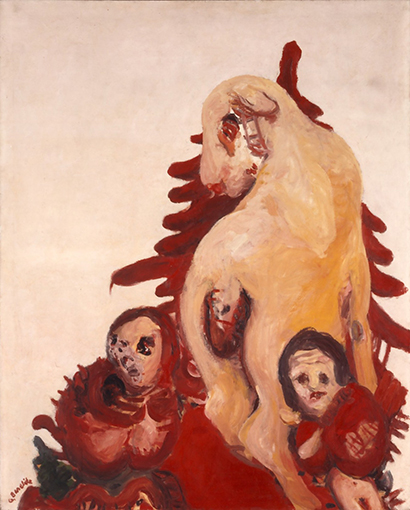 For a short time this work was erroneously known as Dog and Two Children. However, rather than depicting a child, the figure in the lower right is actually a nude holding a palette and paintbrushes, which makes it clear that this work is a self-portrait by the artist. The figure on the left is similar to the grotesque image of internal organs with a face that Baselitz often painted during this time. We may wonder about what appears to be the rear of a sheep against the background shape of a red fir tree, as these forms are painted indistinctly, but are suggestive of meaning. The German word for sheep is “Schaf,” which sounds similar to “to create” (schaffen). In 1958 when the artist was a young man, he had moved from East to West Germany. This painting is a work from the period when he used concrete forms of expression as he was searching for his own “creation.” 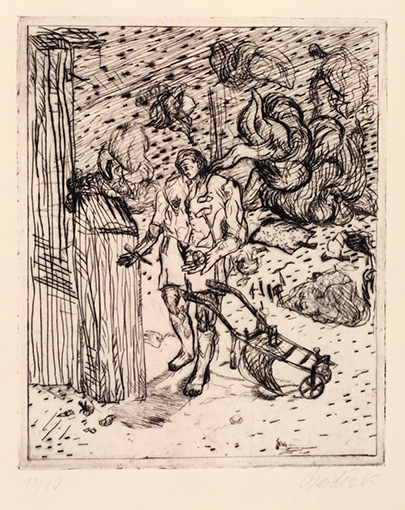