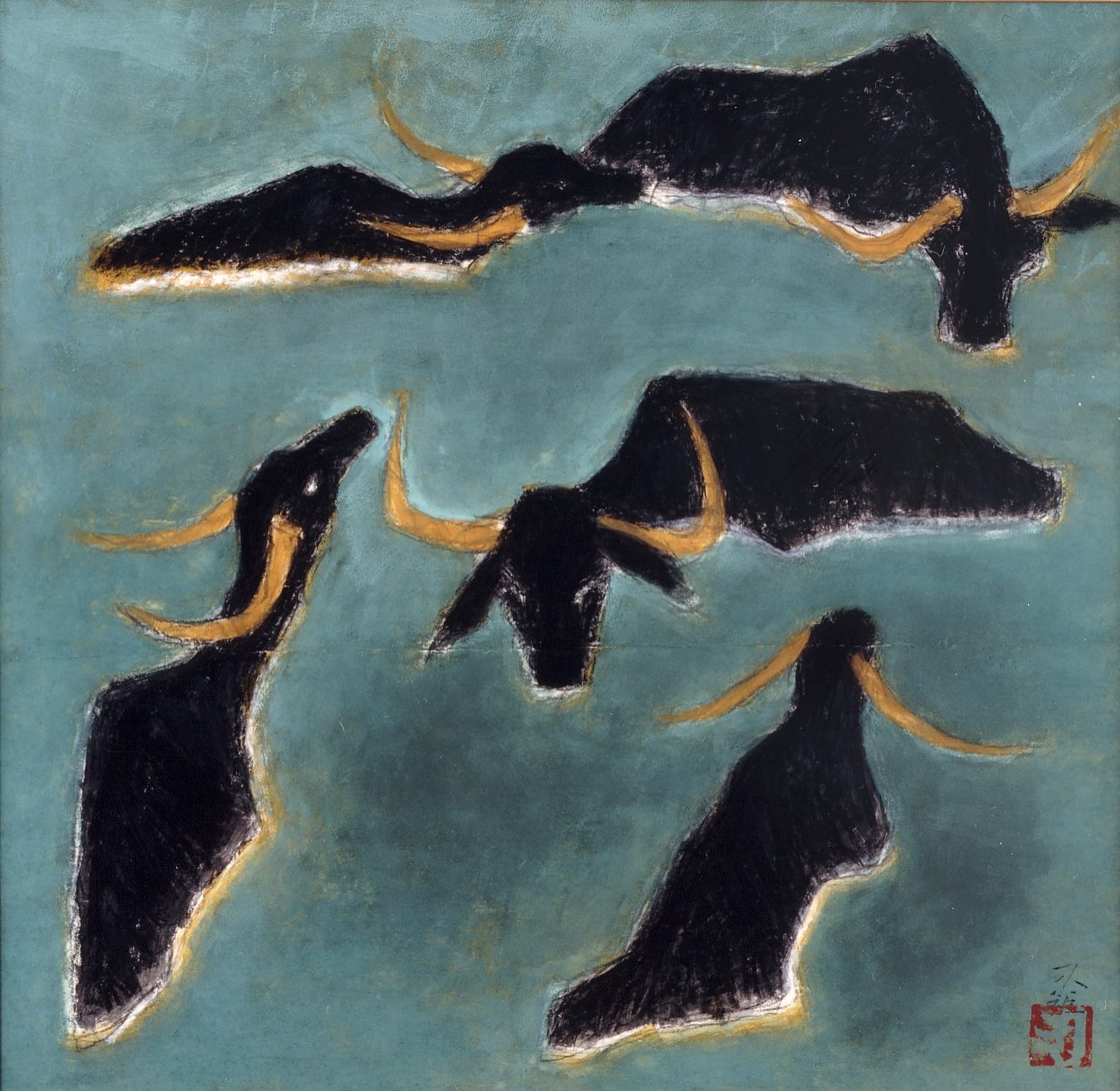 One day in 1962, when Akino Fuku was an assistant professor at Kyoto City Fine Art University (now Kyoto City University of the Arts), it was asked, “Would anyone among the nihonga (lit.“Japanese painting”) professors go to India?” and she immediately answered, “I’ll go.” At the age of 54 she spent one year as a visiting scholar in India, and was so taken with its charms that she subsequently travelled to various locations throughout the country numerous times. Paintings of India became her life’s work. Rather than India’s famous historical sites, Akino was enthralled by the topography and customs that were intimately connected to its landscape and people. Though rare in Japan, she painted water buffalo many times. When writing about scenes such as this, of cattle relaxing in muddy waters, she said, “I find the partially submerged forms of cattle bathing fascinating.” Here, she has used powerful strokes to evoke what she called, “the coarse smell of the earth.” This is her final work, painted when she was over 90 years old.