The Toyota Municipal Museum of Art building and gardens

Since we first opened in 1995, the Toyota Municipal Museum of Art has presented exhibitions and carried out educational and outreach activities aimed at enabling each viewer to engage in dialogues with and establish relationships with the works. The building was designed by architect Taniguchi Yoshio, renowned for museum designs, and the gardens by prominent American landscape designer Peter Walker. In addition to appreciating the art, please enjoy the entirety of the museum itself, including its architecture and gardens. 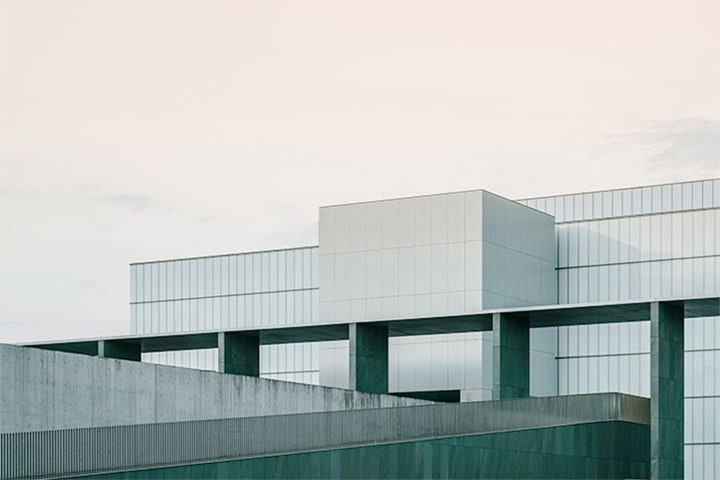 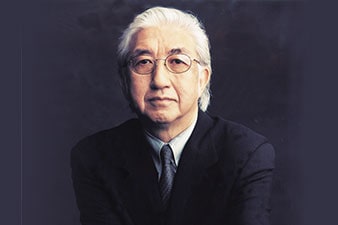 Born in 1937 in Tokyo. Graduated from Keio University, Faculty of Technology in 1960. Completed the architecture program at Harvard University Graduate School of Design in 1964. After working at Kenzo Tange’s Tange Laboratory, in 1975 he established his own practice. Major projects include the Marugame Genichiro Inokuma Museum of Contemporary Art (1991), the Gallery of Horyuji Treasures at Tokyo National Museum (1999), The Museum of Modern Art (redesign, 2004), and the Heisei Chishinkan Wing at Kyoto National Museum (2014). Taniguchi has won numerous awards including the AIJ (Architectural Institute of Japan) Prize (twice), the Yoshida Isoya Award, and the Praemium Imperiale 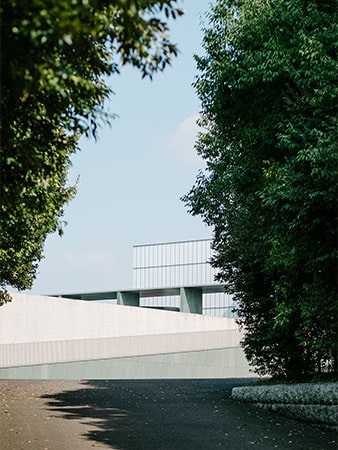 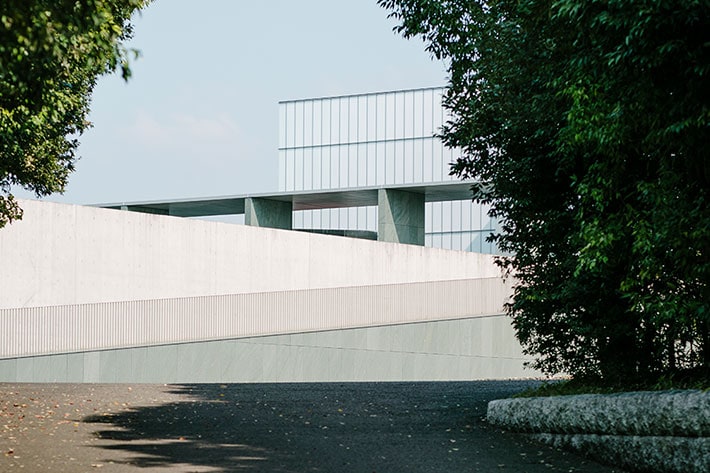 To create some distance from the everyday hustle and bustle, the museum does not reveal itself all at once, but unexpectedly comes into full view after you have covered some distance along an approach with intentional twists and turns. A prism of milky glass and green slate, positioned against a gradual incline, emerges against a background of only sky. 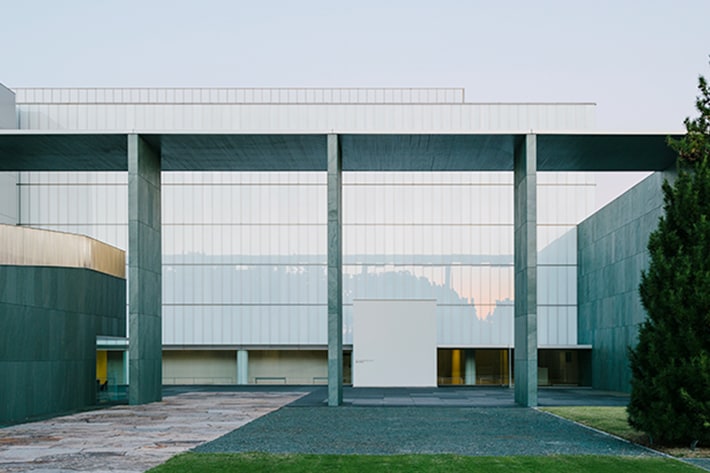 Approaching the entrance, you encounter a massive, horizontally elongated façade, but in a striking contrast of scale, the entrance is small and discreet, concealed by a square partition. Brought back to human size, one is ready to encounter works of art. 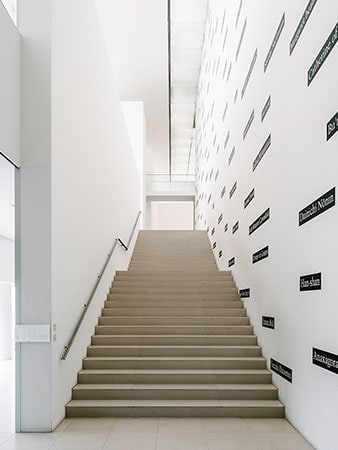 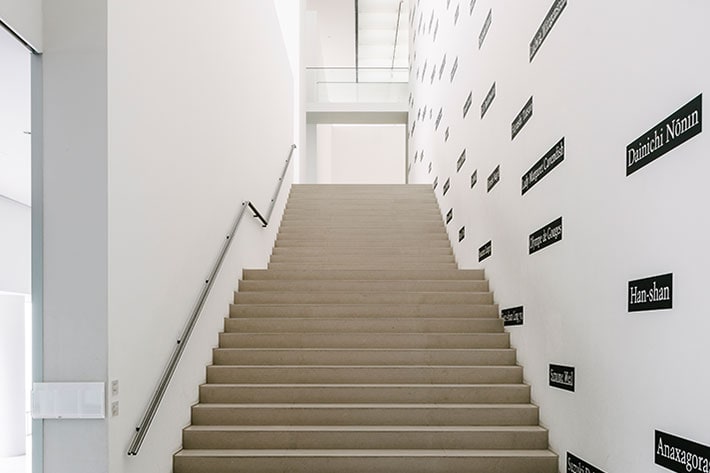 After you pass through the dimly lit, low-ceilinged entrance, on the right there is a special exhibition gallery and on the left a luminous atrium. Ascend the stairs and find yourself in an even brighter and more spacious gallery. Taniguchi has created a sequence of shifting light environments, from a spacious, brightly illuminated gallery, to a smaller gallery, and then back to a large, well-lit one. The spatial design and materials used for each gallery are different, creating a range of impressions. Viewers’ senses are constantly refreshed by the physical sensation of movement and the changing light coming through apertures and windows. 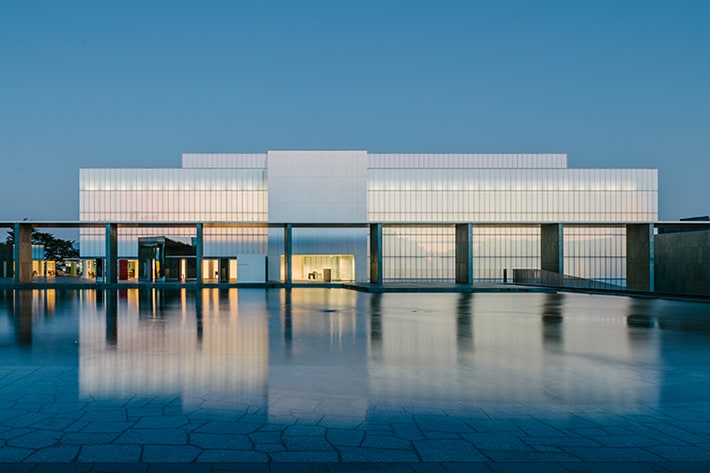 When leaving the museum, don’t miss the view across the broad expanse of water on the second floor. The vertical lines of the facade and the building are beautifully reflected in the surrounding ripples. At night, the galleries radiate milky light that floats like lanterns on the surface of the water. 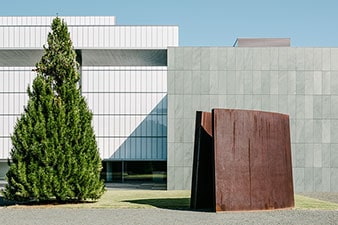 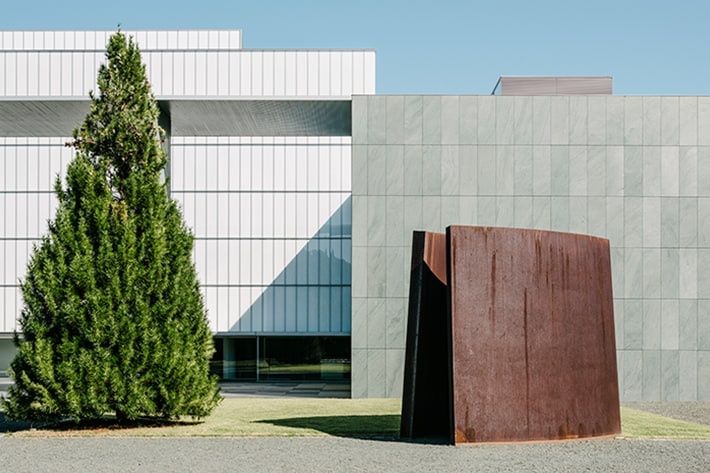 Born in 1932 in California, USA. A globally active landscape designer, in Japan he has collaborated with architect Isozaki Arata on Harima Science Garden City and with Taniguchi Yoshio on Marugame Station Plaza. His vast reflecting pools (2011) on the site of the Twin Towers in New York have become a meditative memorial space for visitors.

The Toyota Municipal Museum of Art gardens were designed by US landscape designer Peter Walker. The two-level garden features contrasting elements of circles and squares, geometric and irregular shapes. On the upper level is a pattern of stripes on the bottom of the pond and on the garden itself, and on the lower level is a checkerboard pattern of grass and gravel, with sculptures arrayed so as to stagger the pattern. A gradual slope and long path of flagstones emphasize a sense of distance and seem to expand the wide, unconstrained space further. This is the former site of Shichishu-jo Castle, of the Koromo Domain, and one of the corner turrets has been recreated on the grounds.