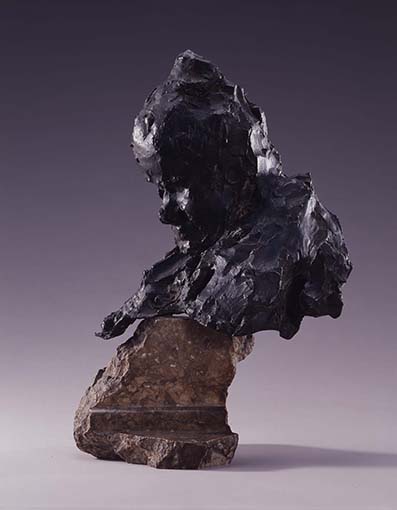 It is strange to think it now, but until the 19th century sculpture was considered to be inferior to painting. This is because compared to a painting, which can be grasped instantaneously by the viewer from one position, a sculpture requires an uncertain amount of time to look at as it must also be viewed from the sides, diagonally, and from behind. Rosso was a unique sculptor who addressed this criticism by experimenting with works that were intended to be viewed from the front. Additionally, he applied a rough finish to the surface to convey the spontaneity of the moment. Surely the works of the Impressionist artists active during the same time period were on Rosso’s mind. Rosso led the trend in 20th century sculpture by the revolutionary depiction of this townsperson, a nameless female concierge, in this work.