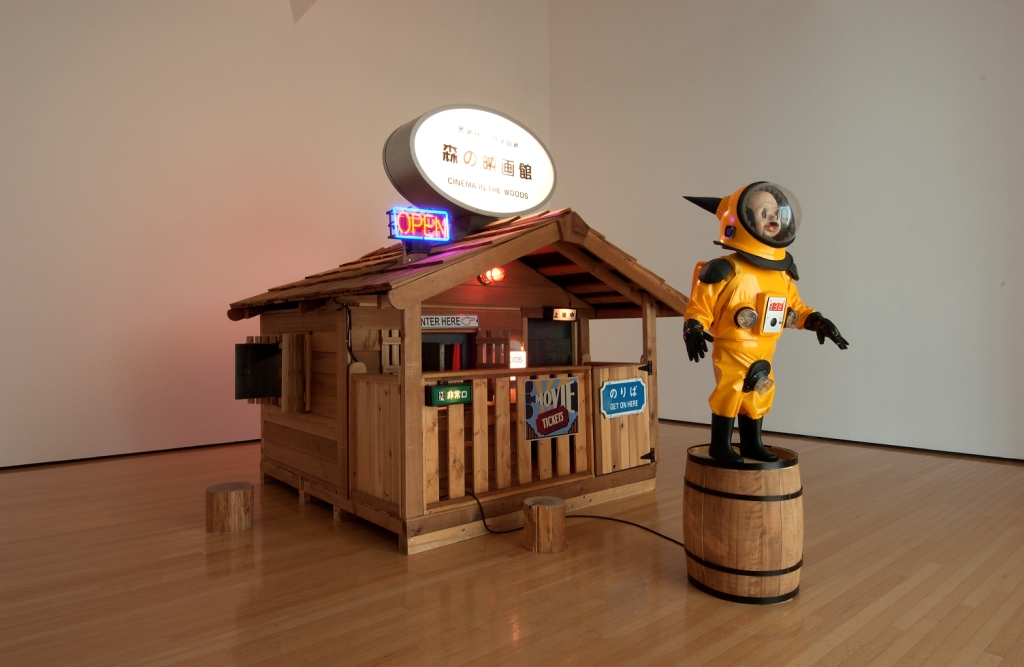 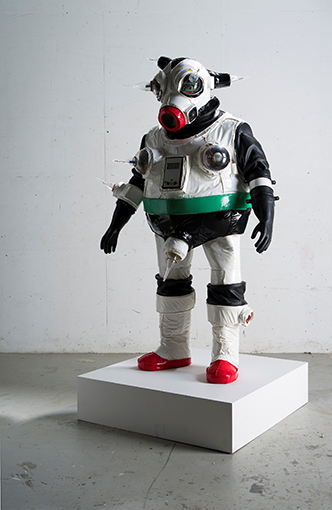 A digital counter on the chest tallies a numeral value, and the work’s title provides a clue that makes the meaning of this number clear. The “radiation” of the title refers to radioactivity. This sculpture in the shape of a human figure was made in 1966 as a radiation protection suit that could be worn by the artist himself. Geiger counters (which detect radiation) have been affixed to the areas associated with the eyes, genitals, etc. They immediately grow bright whenever radiation is detected and this is recorded by the counter. The two black horns, green belt, and red boots are taken from the design of Astro Boy, but the sculpture has its own unique appearance that is somehow reminiscent of a sumo wrestler. This is an ironic work, since he is wearing clothing to protect him from radioactivity and Astro Boy is a young male robot that is himself powered by nuclear energy. 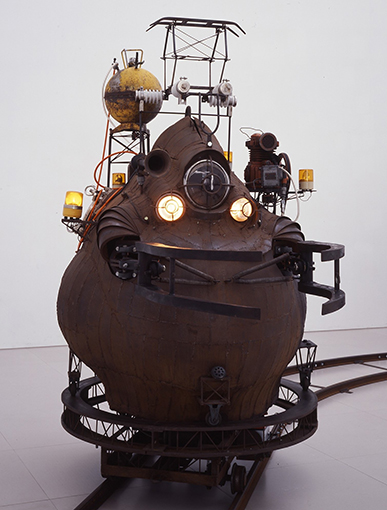