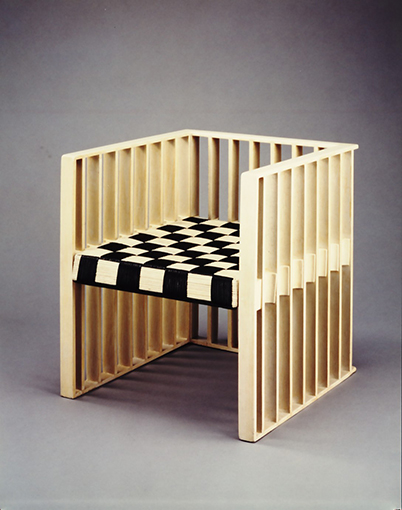 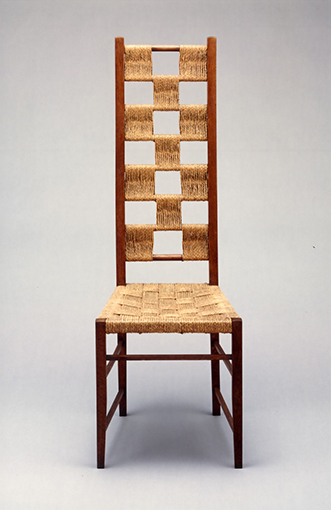 This chair was designed by Moser in 1903 and was first displayed within the exhibition space of the “Klimt Retrospective,” the 18th exhibition of the Vienna Secession. That same year Moser established the “Wiener Werkstätte (Vienna Workshop)” together with Joseph Hoffmann, and this chair became well known from its inclusion in the entrance hall of the workshop’s building project at the Sanatorium Purkersdorf medical facility. The black and white checkerboard pattern of the chair harmonizes with the prominent vertical lines of the cube-shaped building. Noted as having been influenced by Japanese art, the pattern of the chair is a ubiquitously seen design that was the trademark of the early Wiener Werkstätte. Overseen by Hoffmann, the floor of the entrance hall had a design combining black and white tiles, and we can imagine the masterful way in which the entire building was brought into harmony.