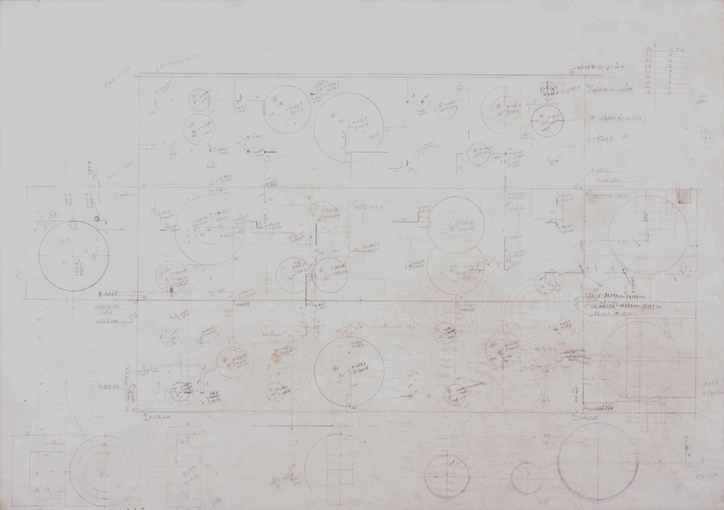 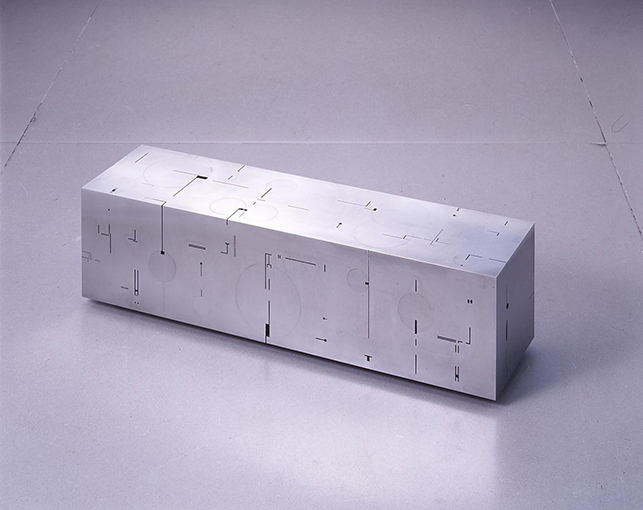 Mouri Bushiro gained attention in the 1950s for his representational sculptures that reflected the intensely turbulent social conditions of the period, but he abruptly withdrew from the art world in 1963. Then, in a surprising departure from his earlier representational work, from 1989 he began machining sculptures of squared steel beams using drills and lathes. The present work is from this later period. The rectangular shapes are made through minute calculations and intense labor, as after using machine tools to cut a cylinder within units of a micron, specially made cavities are inlaid with shapes exactly matching what was removed, and small holes and lines are then drilled. The surface is like a three-dimensional puzzle with its geometric and detailed configuration, and it also hides an interior space that cannot be guessed from the outside. The “A” in the title refers to the first letter of the Sanskrit alphabet, which has the meaning the root of everything and the origin of all things. Though it is small, within this strange box is hidden the secret truth of time and all creation. 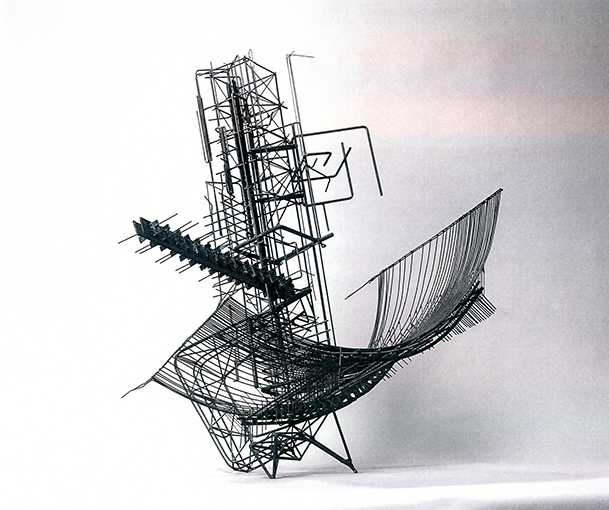