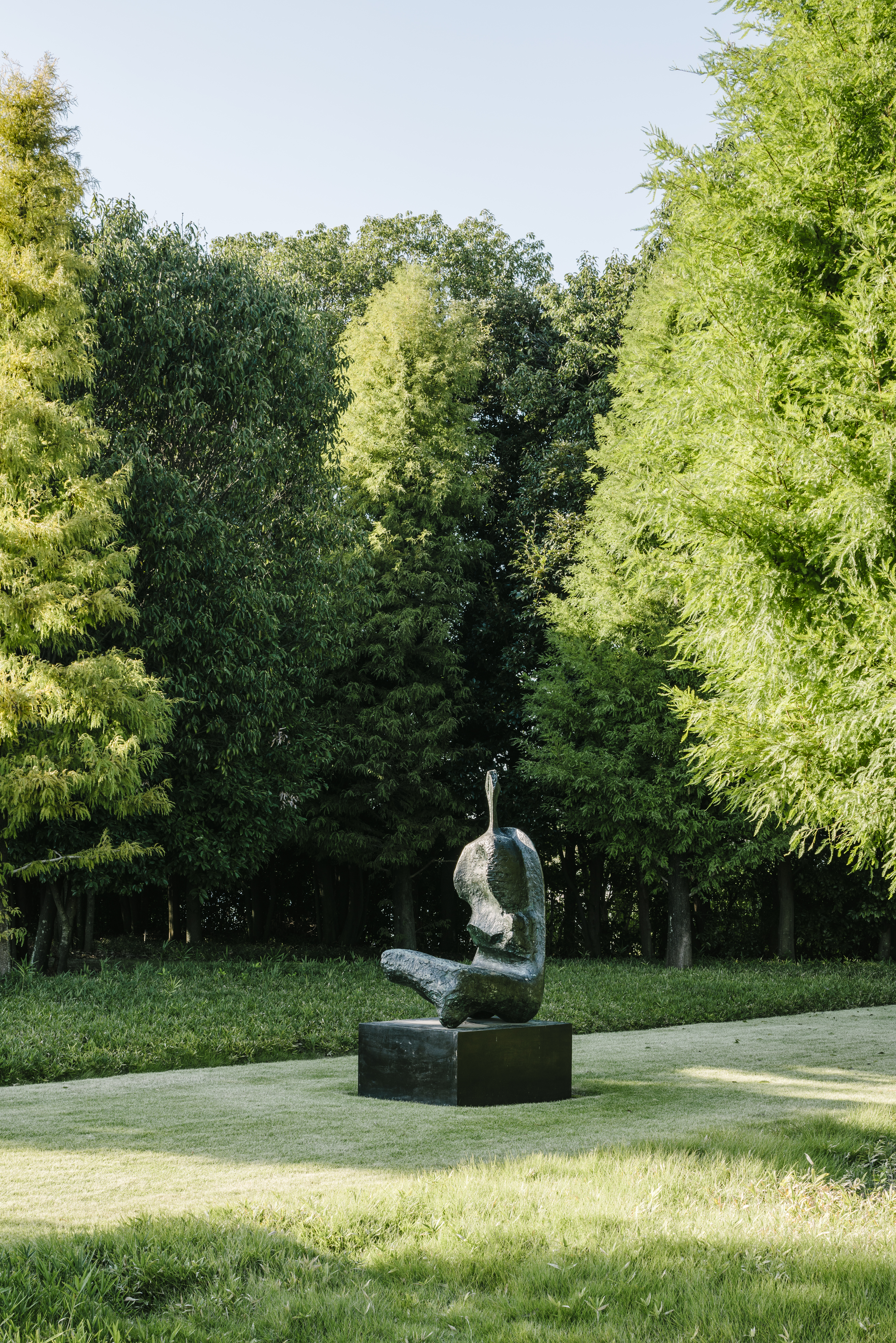 “Standing, sitting, lying.” These are the three fundamental positions of a human body, and from among these, Henry Moore has said that a sculptor could spend their entire life just working on the variations of “sitting” and “lying.” In accordance with this statement, his sculptures have focused entirely on the human form. Nevertheless, the issue of the human form does not end there. It is well known that a formative experience for Moore as an artist was during the Second World War when he spent the nights in an air-raid shelter that had been built in a subway in London. Amid the tremors caused by the bombs dropped during the raid, he could see the dim shapes of people lying down packed closely together, or sitting against the walls. Depending on the angle from which they are viewed the impression we get of Moore’s figural sculptures is totally different, and the interiority of the subject unexpectedly becomes visible. This is another example of a truth found in the deep darkness.