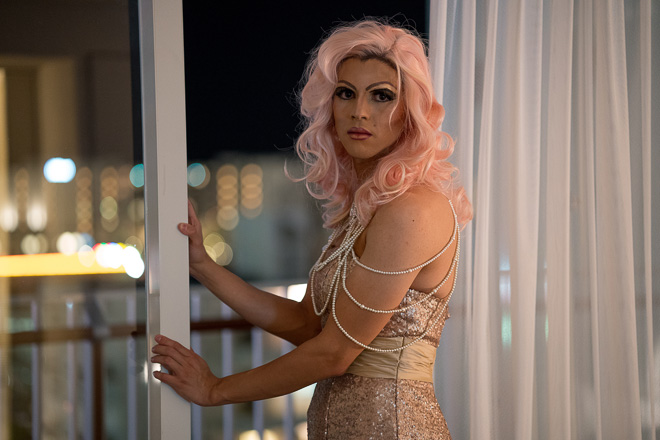 This video piece begins with a Greek myth in which the flower spirit Chloris was assaulted by Zephyrus, god of the western wind. In compensation, she was promoted to being the deity of flowers, Flora. From there the narrative develops from a legend about the love between male companions, which Mozart used as the source material for an opera, to a story by Reynaldo Hahn composed of songs about Chloris. It continues with a drag queen on the US military base in Okinawa—the story ending with her singing a song titled “Chloris.” Miyagi takes love stories between men from the myths and artworks of various eras, weaving them together into his own unique narratives. Through these new stories he gently interrogates and disrupts the boundaries and differences between the ideas of male and female, victim and perpetrator, the United States, Japan, and Okinawa, and so on.