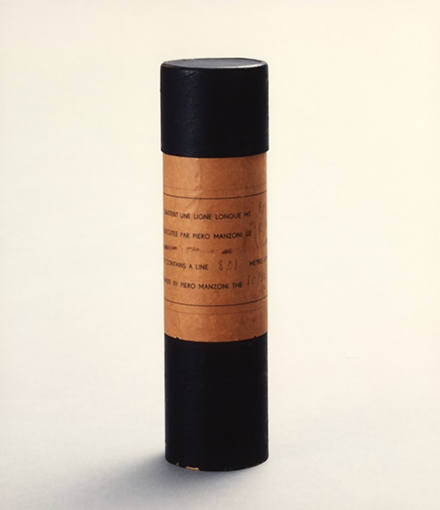 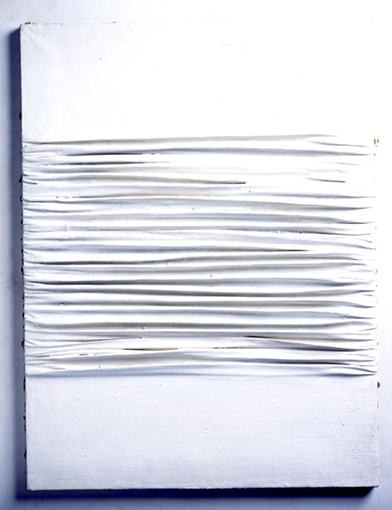 The remarkable talent of Italian artist Piero Manzoni leapt rapidly to the forefront of the avant-garde movement with his Achromatic series; bright white paintings repudiating color that he produced from 1958. By rejecting metaphor and narrative, these paintings were attempts to establish a distance from the visual effects and spiritual inquiries commonly found in artworks. Like others in the series, this work is an accumulation of pleats made from the white canvas support of a painting. By avoiding the weight of painting tradition, it poses a subtle provocation. Though the artist died prematurely at the age of 30, throughout his ten-year period of production he boldly devoted himself to the attempt to bridge the gap between matter and spirit. There is a renewed interest in his works and deeds as a forerunner to the subsequent methods and subjects of contemporary art.