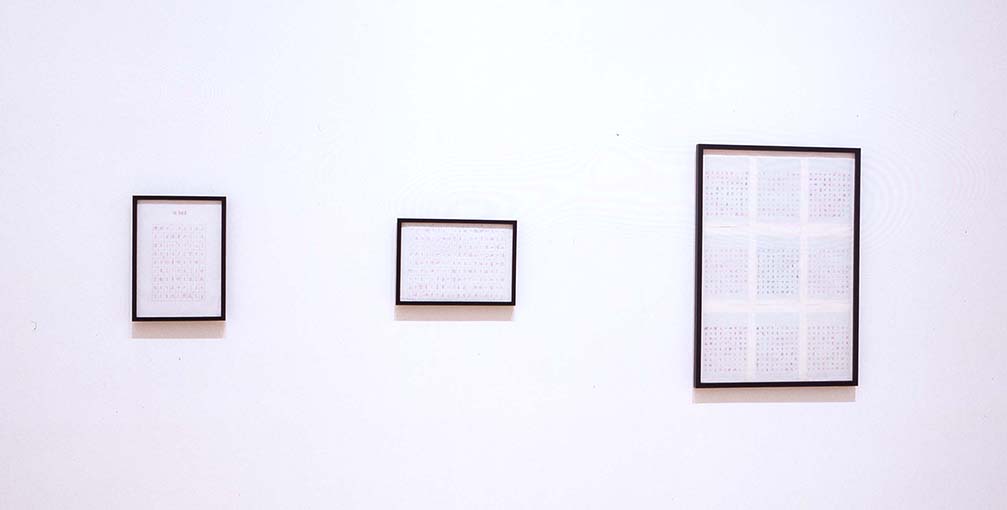 If the Two Come Together, They Will Be Extinguished.However... [2003] 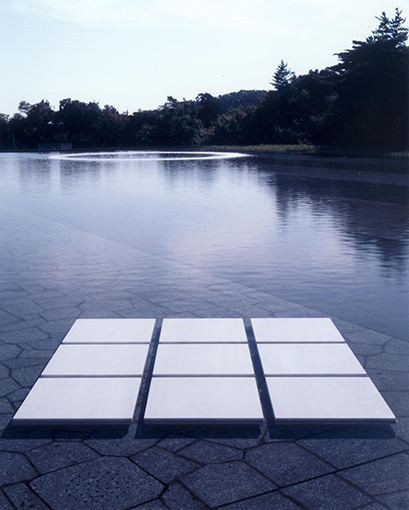 Matsuzawa Yutaka received a revelation in 1964 to “eradicate all objects,” and began to create conceptual art without materiality that used only words. His subsequent artistic practice was mostly limited to performances of words and recitations. Composed of nine square sheets of marble, Swan’s Song is similar to another work by Matsuzawa of written words on a grid of paper, in that it has the structure of an esoteric mandala (the Diamond Realm Mandala). The priority in both works is the ideas that are generated in the mind of the viewer when looking at the work as they consider words. Floating in a wide lake, the white marble is a sign inviting viewers to “contemplate.” As you stand before the lake, try to imagine a single, pure concept. Contemplate a white sphere on these nine white slabs and view it, alas! as a moribund swan. Hear a swan song at this very site. First kōan In what voice is a Swan Song sung? Final kōan Human! Matsuzawa Yutaka (1922–2222) 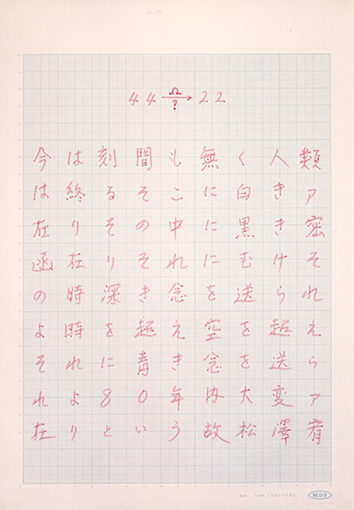 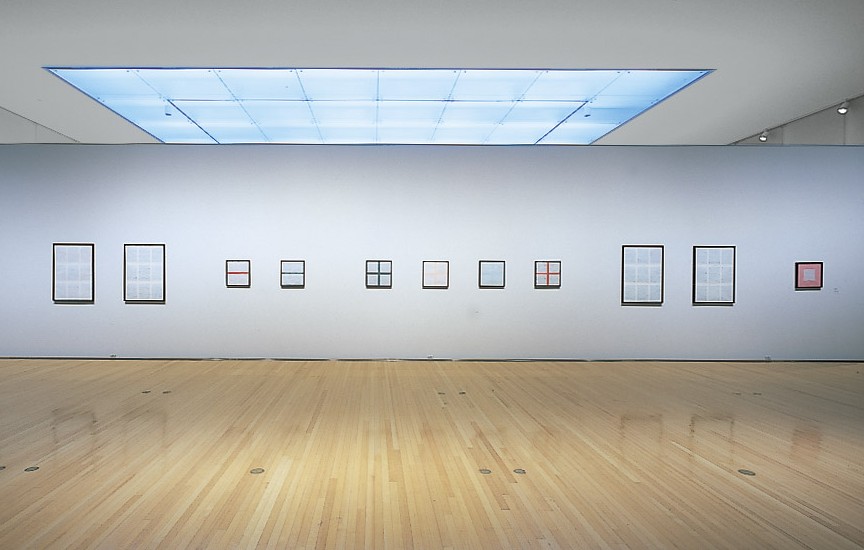 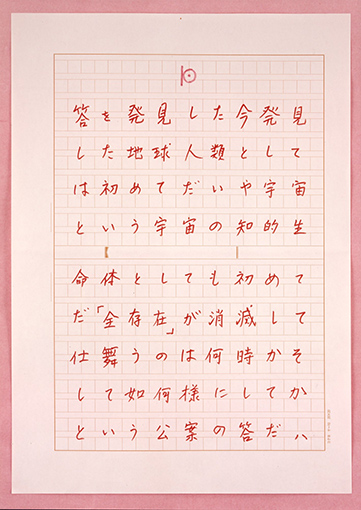 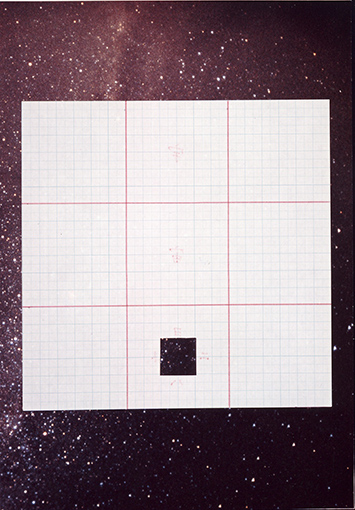 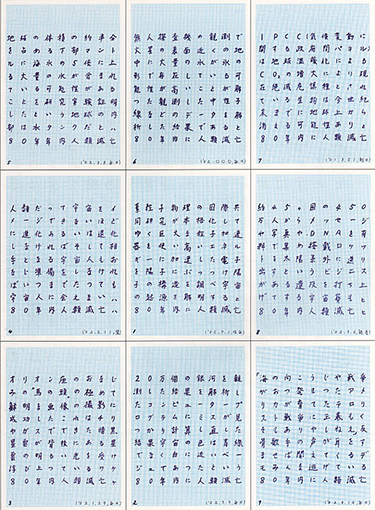 Questions in the Next 80 Years-The Slanting Cosmos [2002]