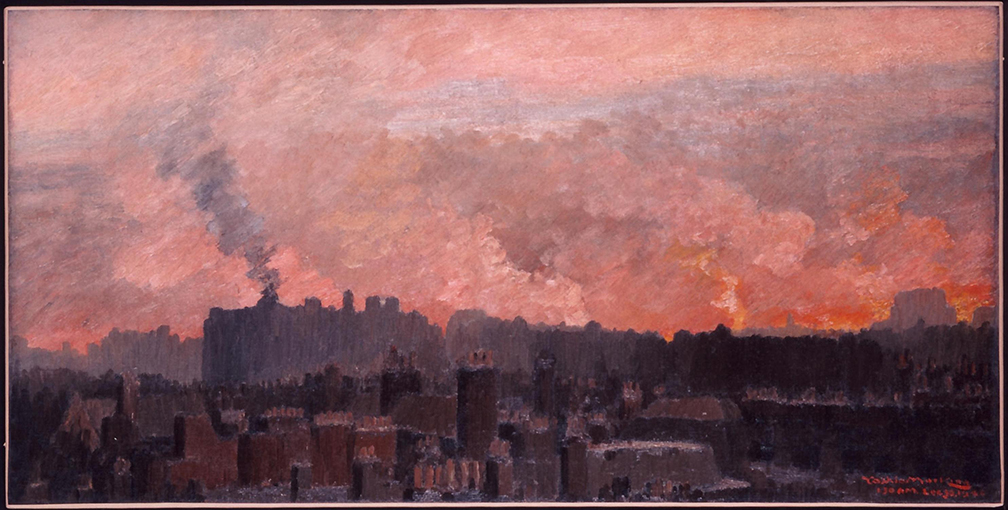 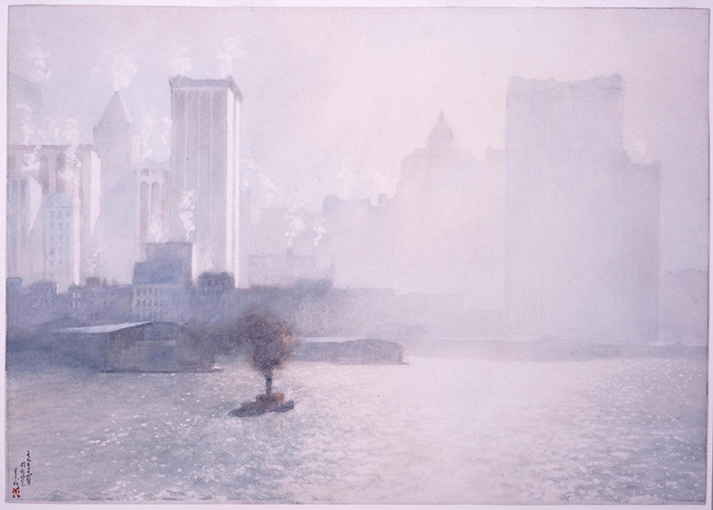 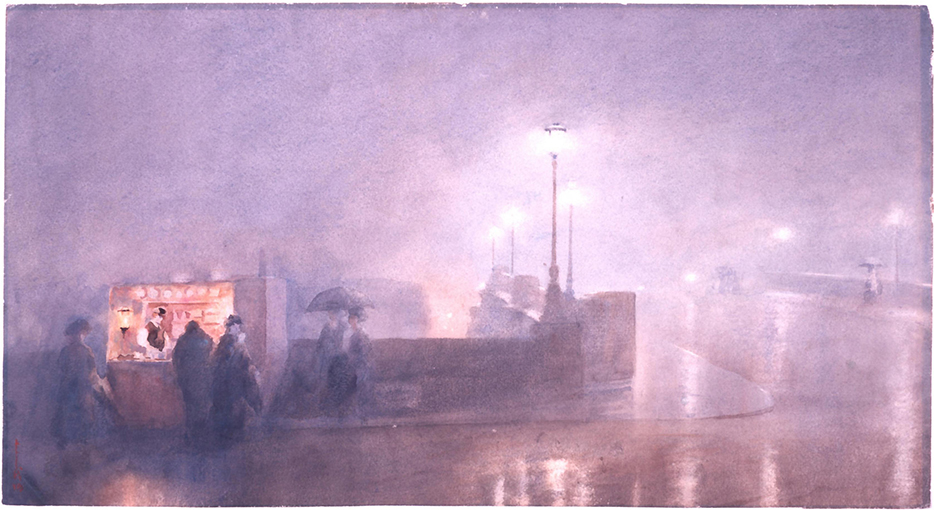 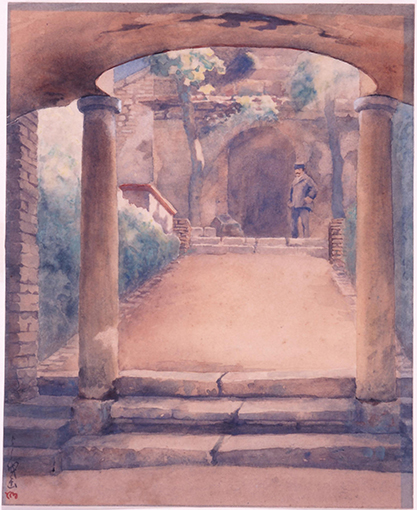 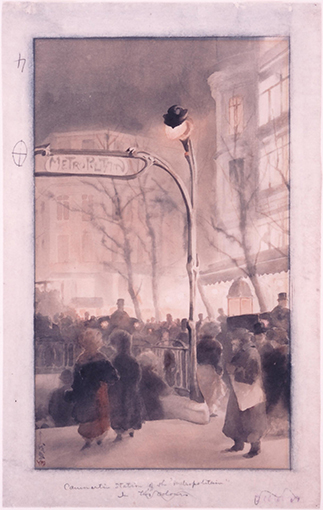 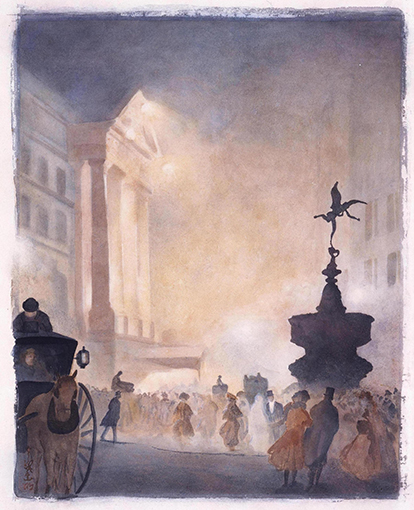 The light from the streetlights is diffused by the mist, which renders the outlines of the buildings and the sense of perspective as ambiguous. The silhouette of a stutue of Eros emerges majestically from this hazy night city. London’s Piccadilly Circus is a busy location even today, as it is the place where several major roads converge. This painting reflects it appearance at the beginning of the 20th century, with people wrapped up in coats and carriages going back and forth.     Makino Yoshio was an artist and essayist from Koromo village (now Toyota city, Aichi prefecture). He moved to London at the end of the 19th century, and quickly became famous for his lyrically painted works of people and street scenes. Makino adored London, particularly the city’s smog that shrouded daily life and transformed it into a fantastical landscape.       This work was published as the frontispiece to a book that introduced the wonders of London. This work exemplifies the qualities for which Makino was recognized as “the painter of mist.” 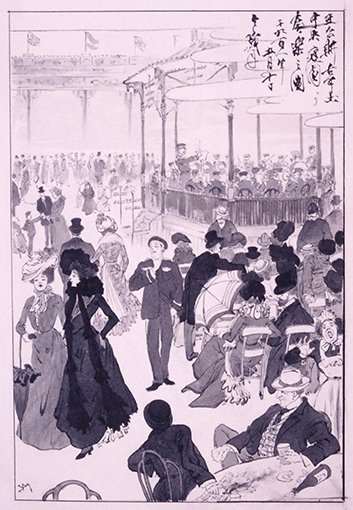