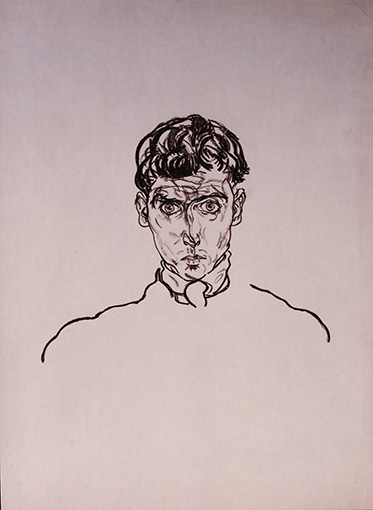 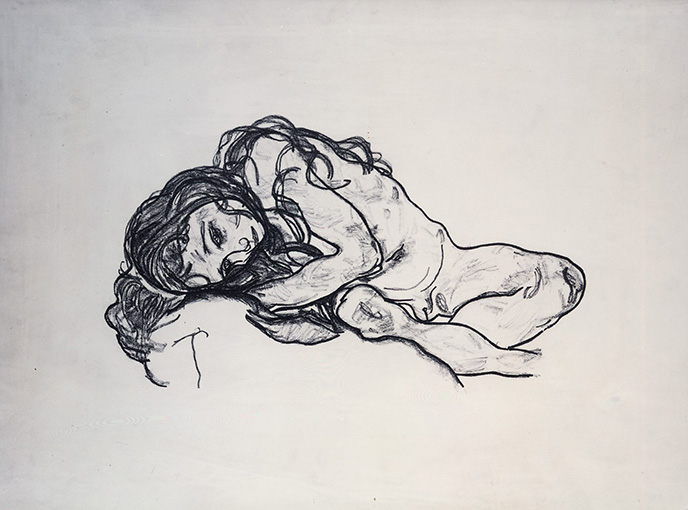 Only 17 prints by Egon Schiele are known. A specialist in drawing, Schiele used stone and metal printing plates to print repeatedly onto the same piece of paper, which gives the work a slightly complicated feeling. Floating within the white picture plane, the Girl is displayed in a characteristic Schiele pose with sharp and precise outlines. In a contorted posture that is distinctive to the artist’s manner of depicting human figures, the young woman reflects a sense of unease and melancholy. In 1918, when Schiele produced this work, he achieved great success at the 49th Vienna Secession exhibition. He died abruptly that same year after having contracted Spanish flu. 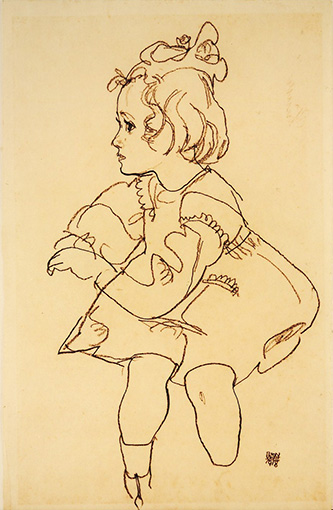 Poster for the 49th Exhibition of the Vienna Secession [1918] 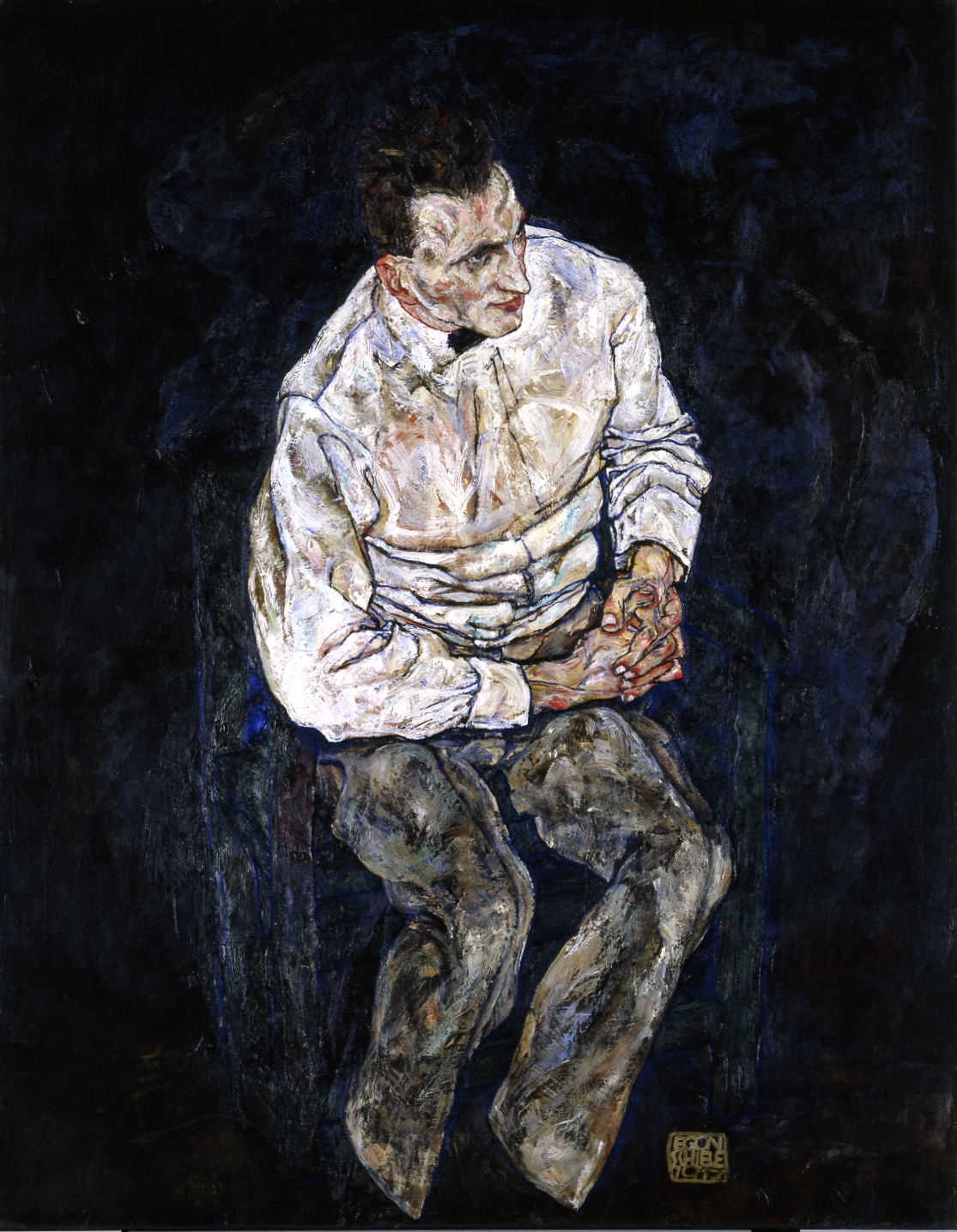 The artist Egon Schiele grappled with human existence and its expression. Stripped of ostentation, his sharp, powerful designs use an austere palette as he attempted to bring humanity’s interior states to the fore. The figure in this imposing portrait holds both hands together tightly with a downcast expression. Painted so as to melt into the dark background, the model is seated in a chair, with their very existence brought into prominence. Schiele approached his compositions from various angles, and ultimately the model is not depicted frontally, but painted from an overhead perspective. Just one year after this painting, Schiele’s short life ended at the age of 28. The subject, Karl Grünwald, was an art aficionado who worked in the textile industry, and Schiele’s superior officer during his time in military service in the First World War. Grünwald later became Schiele’s patron. 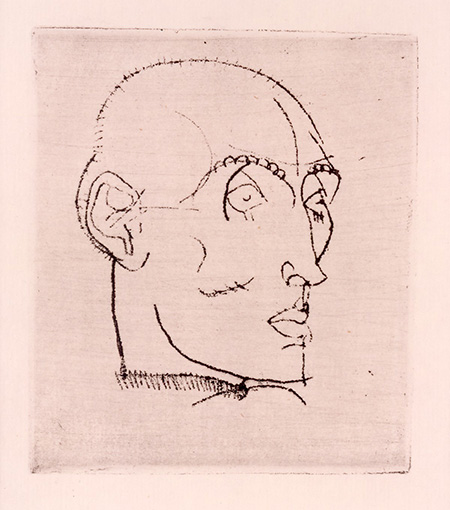 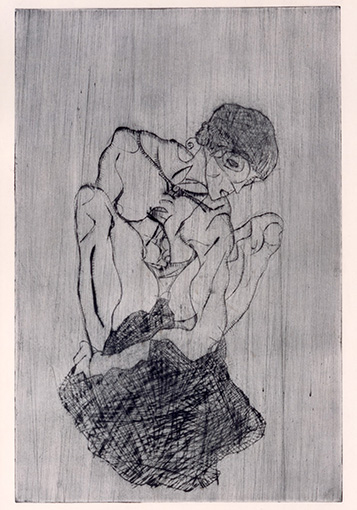 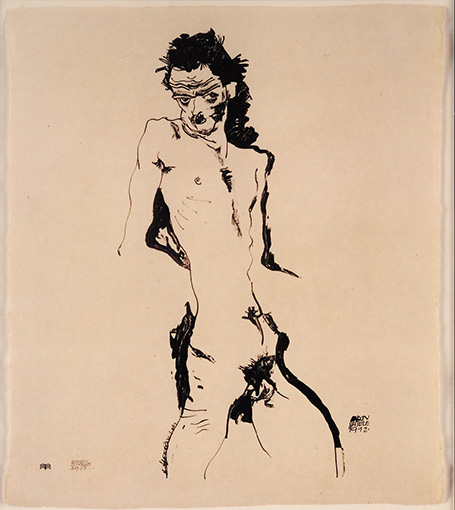 Egon Schiele became a member of the artist’s collective “Sema” in November of 1911. The following year, the fifteen members of Sema published a collection of prints in which each artist contributed one page. Produced for this collection, Male Nude (Self-portrait) I is the earliest of Schiele’s prints. The work demonstrates Schiele’s unique drawing style in its portrayal of a body without arms and legs, using his characteristic sharp lines. While Schiele was irritated by the complicated techniques of lithograph and drypoint printing, he surprised those around him with how easily he was able to grasp them.

This is one of Schiele’s earliest works, painted when he was 17 years old. The model is Schiele’s uncle, who was also his guardian. Schiele often painted portraits of his friends and family during this period, and there are eight extant oil paintings of his uncle. Czihaczek was initially displeased that his nephew had decided to become an artist, but later became extremely supportive after Schiele had satisfied the high requirements necessary for entry into the academy. Schiele does not only paint his uncle’s physical characteristics, but uses bold brushwork to create an imposing atmosphere. Further, the contrast between light and dark for the figure and the background is handled deliberately, emphasizing the dramatic effect. In his later work Schiele was influenced by Gustav Klimt and the Vienna Secession, and his style developed further.