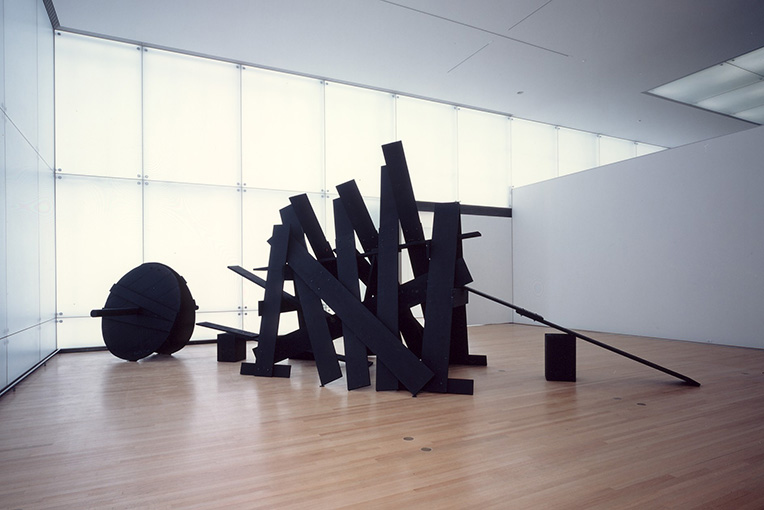 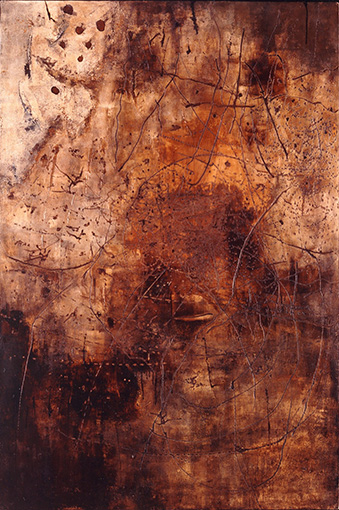 In the first half of the 1960s Saito worked with plywood instead of canvas for his picture surface and used an electric drill instead of a brush. This gave rise to a distinctive series of works that are also known as his “Drill Pictures.” The delicate balance between the freewheeling movements of the rotating drill bit and the artist’s intentions as he lightly exerts control rhythmically bring about a sense of meaning to the deep indentations and lines on the pictorial surface. Using a roller and a knife, the artist has applied pigment as if it were plaster to the uneven ground, producing unique dimensionality on the surface through the shade and gradation of color etc. Saito was a pioneer in the Japanese contemporary art field. He transcended the previous frameworks of painting and sculpture, and his attitude of continually seeking new forms of expression had an enormous influence on postwar Japanese artists. 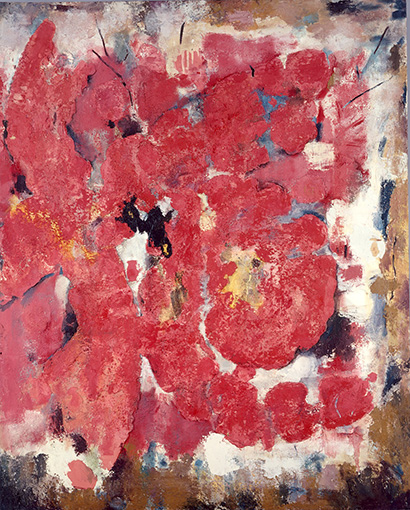 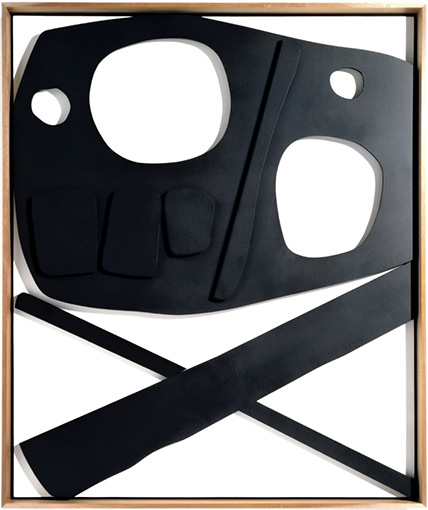 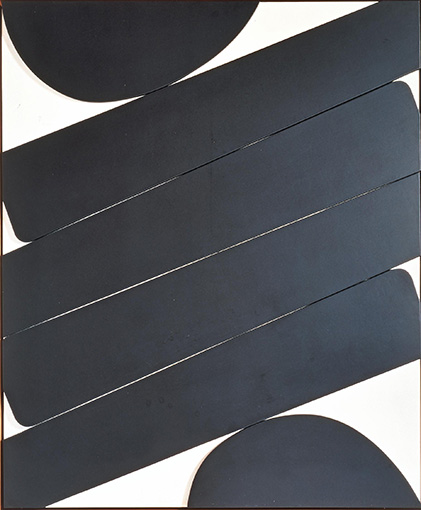 Most of Saito’s works were destroyed by fire during air raids, but several were reconstructed for a “series of retrospective exhibitions” in 1973. The present work is one such example, with the former title of “Artwork,” and was originally displayed as part of a sequence of works in a 1938 exhibition. Pieces of plywood with a white ground have been painted black and arranged in an extremely simple composition. This work is important as one of the few examples of abstract expression made prior to the Second World War. The title, Toro-wood, has its origin in the common response to this series that it “looks like tuna-belly (toro) sashimi.” This was made the official title at the retrospective exhibition. When his works were burned, Saito’s said of his state of mind: “I will do what happens next, and say goodbye to the past.” What would his feelings be now, thirty-five years later, about the recreation of destroyed artworks based on remaining photographs?