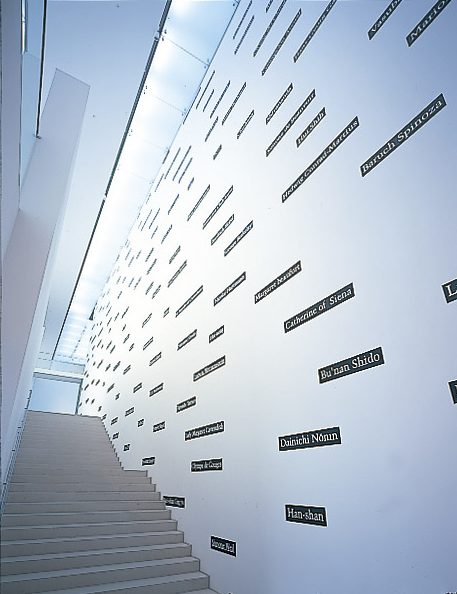 Extending across a hallway atrium this work gives the names of philosophers and thinkers from across the world, from ancient Greece until the 21st century. In total, 225 people are named. From the 1960s Joseph Kosuth has consistently produced works that use words, arranging names as though they were stars spread across the night sky. Several of the names are underlined, which have been randomly selected by the artist. Kosuth is encouraging us to discover constellations among the names for ourselves. Philosophy and ideology are engaged in the pursuit for the truths of our world by using language. There is a huge aggregate of words piled up behind each of these names. The important thing about this work is that it is not only what we see on the surface, but it also includes the invisible concepts that we are led to think about.