In the video series City through Glass, a round glass has been placed before the lens of a video camera and two images recorded side-by-side—the video being taken from the passenger seat of a car. So far there have been recordings made of Düsseldorf, New York, Moscow, Tokyo, and Brisbane, and in 2008, a video was made of Toyota City for this museum. As the first work in the series the artist recorded the city that he lived in, Düsseldorf, for this piece. The shapes of the passing cars and the surrounding buildings melt like liquid, become warped light and then disappear at the edge of the recorded image. Produced by a very simple technique, the ordinary city is reflected in totally different light conditions. Though we are accustomed to looking at the city and moving about within it, this work makes us become aware of it. 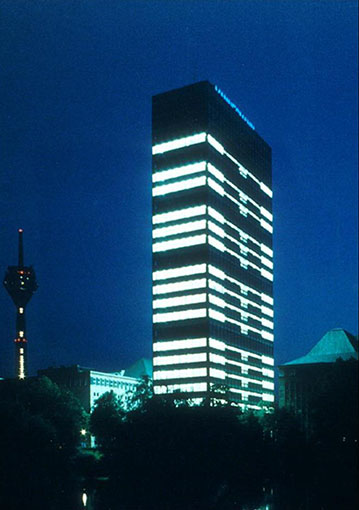