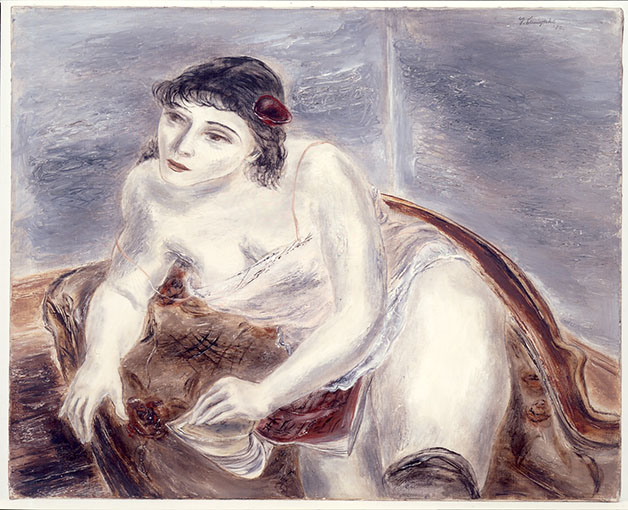 A woman in her undergarments is slumped languorously. Japanese lettering is visible on the cover of the magazine in her hands, though she appears to have little interest in it. The woman’s voluptuous form has been painted through the layering of Kuniyoshi’s characteristically blurry brushstrokes, emitting a powerful vitality against the gray interior.     Kuniyoshi Yasuo was an artist working in the United States at the beginning of the 20th century. Painting many imaginative works based on his past memories, Kuniyoshi’s model here was one suggested to him by a friend in Paris in 1925.     At the time that this work was made, the United States was continuing to endure the chaotic aftermath from the 1929 Great Depression. Women with languid expressions came to appear in Kuniyoshi’s works as well. The decadent pictorial surfaces created by the emptiness that Kuniyoshi painted is a possible reflection of the anxiety that the artist and his models felt towards the society surrounding them at the time.